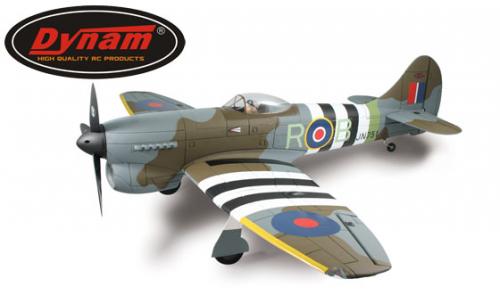 The Hawker Tempest was a British fighter aircraft used by the RAF (Royal Air Force) during the second world war. It was an improved version of its predecessor, the Typhoon, and many consider it to be one of the more powerful fighter aircrafts in the British fleet.

The Tempests primary combat role was to carry out reconnaissance missions due to several factors. It had the ability to maintain high speeds at low to medium altitudes along with long range capability thanks to its 45 gallon drop tanks. The Tempest was also armed with four 20mm cannons had a cockpit that allowed great visibility to carry out ground attack during these missions.

Most of the operations were ground attack and they also were able to shoot down many of the V1 rockets fired by the Nazis. The Tempest also scored kills again the German ME262 jets using the rat scramble tactic where they would take advantage of ME262 jets approaching for landing, a vulnerable state, where flaps were down, speeds were slow and incapable of quick acceleration.

Dynam RC has recreated the Hawker Tempest in a beautiful EPO foam construction. The wingspan stretches 50 inches while the fuselage stretches 40 inches. The Tempest is equipped with Dynams 500kv brushless outrunner motor and a 40amp brushless electronic speed controller providing great power to weight ratio. The control surfaces come alive through the operation of pre-installed 9 gram servos for the aileron, rudder, and elevator. The Tempest is also equipped with retractable servo less landing gear.

This almost ready to fly version comes out of the box with all the electronics installed. You will need a minimum 5 channel radio system and a 14.8v 2200mah battery to power and control the electronics. Minimum assembly is also required to get the plane ready for flight.

Yes the tailwheel is servo steerable.